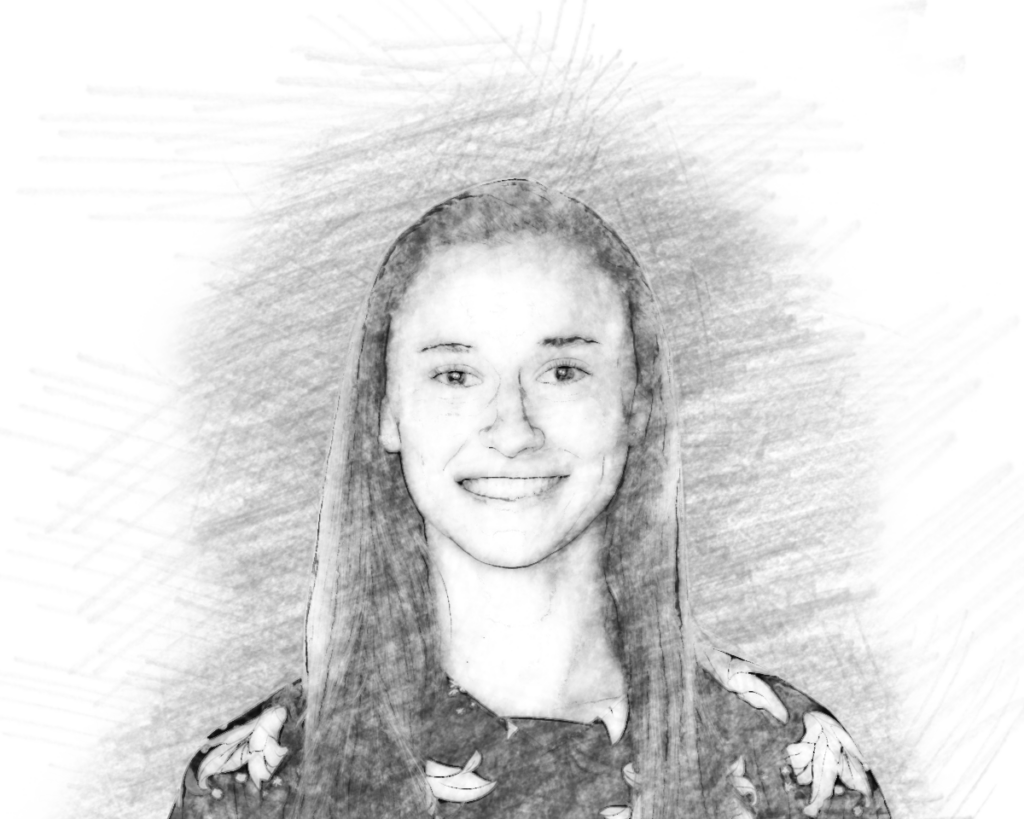 Besides whatever it is you’re currently doing, what’s the best job you’ve ever had?

“Nothing beats my current job playing for Racing Louisville FC, but one time in college at U of L my team had to compost as part of a community-service activity. It was 15 degrees outside and snowing while we were sorting worms. I wouldn’t say I’d rather be sorting worms, but it was fun experience.”

“Fishing with my grandpa early on the weekends. It was always a competition on who was going to catch more fish, and sometimes he would get salty when I won.”

“If you have ever seen a picture of me, you have noticed my hair. I have flyaway hairs that look like ridiculous bangs when I pull my hair up in a ponytail. It’s a daily struggle to tame them!”

“My former teammate Yūki Nagasato. She is talented at so many things: blogs, paints, in a band. And she’s one of the best soccer players in the world.”

Which possession do you consider priceless?

“My Law & Order: SVU signed TV script. I am obsessed with that show. If anyone knows how I can guest, be an extra or meet the cast I would be forever indebted.”

“Training Camp: What the Best Do Better Than Everyone Else, by Jon Gordon.”

What TV or movie character is most like you?

“Olivia Benson from Law & Order: SVU. We have the same mean-mug expression when it’s game time.”