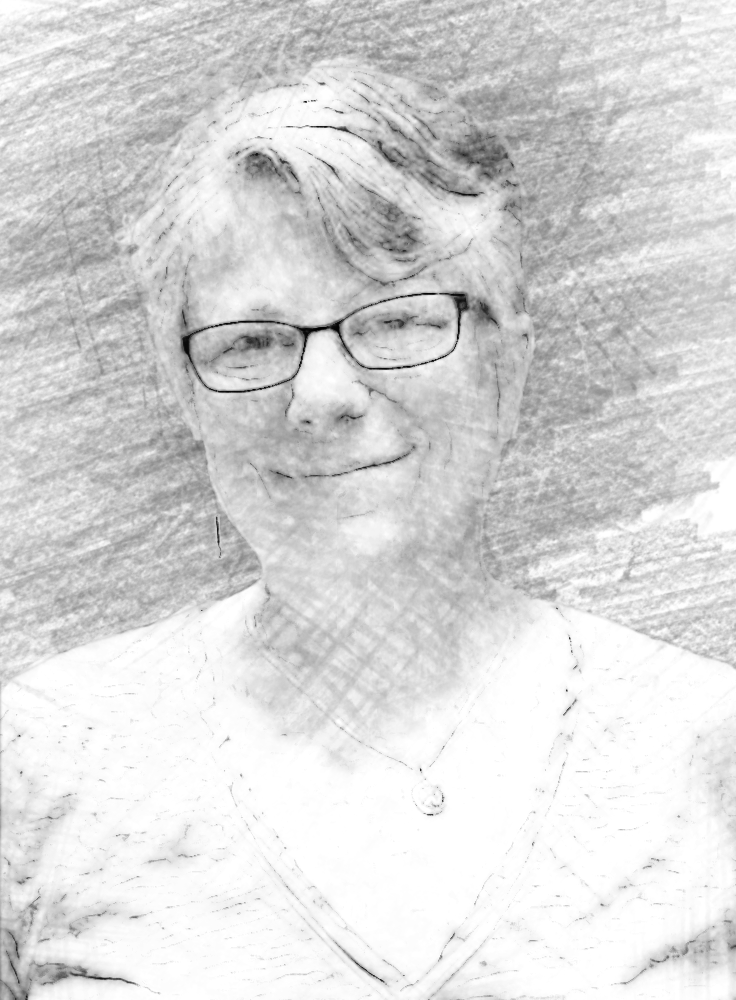 “I listen to music and play it on air for the people of Louisville and surrounding areas. I’m on the air each weekday from 3 p.m. to  6 p.m. on 91.9 WFPK. Best job in the world!”

“A collage of the great listening rooms/venues in our city, such as Headliners, Zanzabar, Mercury Ballroom, the Louisville Palace, High Horse, Flamingo Lounge, etc.”

“Too many restaurants and small businesses.”

“A greater appreciation for live music. The recent shows I’ve been to, I’ve really noticed the audience’s palpable thrill to be there and support the musicians. It’s a good trend!”

Louisville dish you’ve eaten more than any other?

“The Caesar salad with steak at El Mundo on Frankfort Avenue, accompanied by an Esqueleto margarita.”

“Allo Spiedo, which was where Heine Bros.’ Coffee is in Clifton on Frankfort Avenue. It was owned and run by the late, great Bim Deitrich. It had the best pizza in the world — super-thin crust, oven-fired, terrific red sauce. The atmosphere, especially the patio, was my favorite.”

“‘One Big Holiday,’ by My Morning Jacket. I love the way the song builds with excitement and suspense, then explodes with great guitars and drums, with a long jam in the middle. It’s really not about the words so much as the feel of it. And it doesn’t hurt that it was written by Louisville’s Jim James. I do love the line: ‘And of better days / From this town, we’d escape / If we holler loud, and make our way / We’d all live one big holiday.’”

“The Spanish Mission-style building in Central Park, with its sprawling trellis and winding walkways leading to the playgrounds and outdoor theater. It houses a substation for the LMPD but also acts as a bar during Kentucky Shakespeare’s summer season. It makes me feel like I’m somewhere else completely, and I love that feeling. Actors Theatre and the Speed Art Museum are close seconds.”

“Southern Parkway. So big and spacious, with beautiful houses and giant trees. Iroquois Park at the end of it feels like a big reward.”

Where in town do you always take visitors?

“The Big Four Bridge. Not only do you get a great walk with friends for a good amount of time but also spectacular views of the city, the river and beautiful Waterfront Park, not to mention all the cool stuff happening on the other side in Jeffersonville.”

“OMG, do you know what I do for a living?! Where to begin?! Steve Winwood in our Performance Studio at Louisville Public Media, Leonard Cohen at the Palace, Beck at Forecastle, Brandi Carlile at the Palace, Ben Sollee and Vandaveer at Headliners….”

“Start working on putting a green space in every neighborhood — small parks for people to gather, be outdoors, walk their dogs and foster a sense of community.”

“A public-transit train system. Eliminate the need for expensive parking and all that pollution. I would love to hop on one and head downtown, I think it would generate a lot more attendance downtown at events, work, etc.”

“Bratwursts grilling at the St. James Court Art Show. Have to have one no matter what.”

“Our music scene. We didn’t spawn My Morning Jacket, Will Oldham, Zaniah, Carly Johnson and Craig Wagner, Linkin Bridge, etc., for nothing!”

Something from Louisville’s past you wish people today could experience?

“Tewligans and the Rudyard Kipling — tiny venues with huge talent that played in them. Really miss those small, intimate venues that had such special shows.”

“Rebecca, for Rebecca Matheny. She was a visionary for this city and needs to be honored for that with a banner at least.” [Matheny, the longtime executive director of the Louisville Downtown Partnership, died in 2021.]

“Unification — between the West and East ends. Get rid of the divide.”

“Camp counselor at YMCA’s Camp Piomingo. I worked with horses and kids and lived there with the finest and most fun people on earth. It completely shaped who I am today.”

“Riding on my dad’s shoulders at the zoo.”

“My wife says it’s that I wear a winter coat and hat indoors pretty much constantly from November to March.”

“Bourbon neat or with one big rock. Favorite is Elijah Craig Toasted Barrel.”

“Gladys Knight’s ‘Best Thing That Ever Happened to Me.’”

“Mycatisfast. People love to bet on horses with the word ‘cat’ in the name for some reason!”

“The person who takes care of the seals at the Louisville Zoo.”

“A picture of me and my late sister, Sara, laughing together.”

“A gorgeous painted portrait of my mom from the late 1960s.”

Book you’ve given away most?

“When Bad Things Happen to Good People, by Harold Kushner. Really helpful for grief over the loss of a loved one or the end of a relationship.”

“Buddy from Family, an old 1970s show. The actress, Kristy McNichol, and I looked alike were both tomboyish.”

“Kristen Stewart, if I had my pick.”

“My late sister and Mom, and the comedian Tig Notaro. We’d laugh so hard it would probably kill us, but it’d be worth it.”

“To be able to turn left from Shelbyville Road onto Chenoweth Lane, for God’s sake!”

“Establishing your residence. Oh, and asking: ‘Where’d you go to high school?’”

“I don’t want a headstone. I’d rather have an ‘on-air’ light that’s turned off.”